showing next 30 days | show all upcoming

Graham Good & the Painters at The Lodge at Woods Boss

D?oors at 7:00pm; All ages. Graham Good is hailed as the Messiah of Modern Rock (Nick Stock, jambands.com) due to his infectious energy and classic song writing. Specializing in Feel-Good//Funk-Folk-Rock, this group touches on a plethora of genres that help make them an easy band for any new fan to ...more details.

Venue: The Lodge at Woods Boss 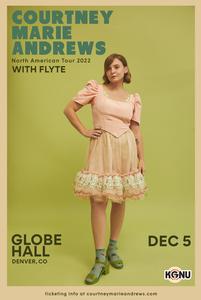 Doors 7/Show 8; 16+, under 16 admitted with ticketed guardian. Courtney Marie Andrews is an American singer-songwriter originally from Phoenix, Arizona. She released her first widely distributed and breakthrough album, Honest Life, in 2016. She has also played with Jimmy Eat World and Damien Jurado ...more details.

Oddisee and Good Compny at Cervantes Other Side

Doors 7 PM/Show 8 PM; Ages 16+. Amir Mohamed el Khalifa, better known by his stage name Oddisee, is an US-American rapper and producer from Washington, DC. He is one third of rap trio Diamond District. He was also part of the Low Budget Crew. Oddisee was raised by his African American mother and Sud ...more details.

Venue: Cervantes Other Side

Doors 7/Show 8; All Ages. Deftly navigating the confluence of prog rock, livetronica, jazz, & jam, Papadosio’s appeal as a crossover act has amassed a rabid fan base across North America. Thanks to a steady stream of innovative albums, they’ve seen a decade and a half of consistent touring with hun ...more details.

Doors 6:30/Show 7:30; all ages. Trace Bundy must be seen, not just heard. His music is poetry in motion, using harmonics, looping, multiple capos, and his unique banter and stage presence to deliver an unforgettable live concert experience. Listening to his intricate arrangements is one thing, but ...more details. 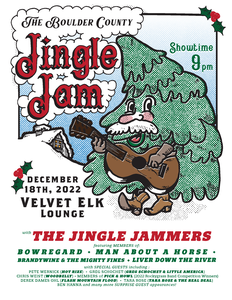 Show 8pm; Ages 21+ (no exceptions). Boulder County's bluegrass and country musicians are all coming together this December to put together a holly jolly holiday revue to get you in the spirit of the season. Expect to hear original instrumental arrangements and covers of your favorite holiday songs, ...more details.