showing all upcoming | show next 30 days

Show 8-10pm; All ages. Larry Bellorín hails from Monagas, Venezuela and is a legend of Llanera music. Joe Troop is from North Carolina and is a GRAMMY-nominated bluegrass and oldtime musician. Larry was forced into exile and is an asylum seeker in North Carolina. Joe, after a decade in South America ...more details.

Doors 7/show 8; Ages 16+. Hustling to make his mark in Denver, Colorado’s electronic music melting pot, Late Night Radio is earning the respect of fans and peers alike through prolific production, innovative experimentation, and a dogged dedication to the craft. Alex Medellin has put in his time in ...more details.

Doors 7/show 8; Ages 16+. Hustling to make his mark in Denver, Colorado’s electronic music melting pot, Late Night Radio is earning the respect of fans and peers alike through prolific production, innovative experimentation, and a dogged dedication to the craft. Alex Medellin has put in his time in ...more details.

SOLD OUT- Stelth Ulvang (from The Lumineers) at Chautauqua Community House

Doors 7:30/Show 8:00; All Ages. Stelth Ulvang never slows down. Even on stage as the multi-instrumentalist of The Lumineers, he dashes from piano to guitar, from drums to accordion. His solo music has been described as "raw and whimsical chamber folk" though at times enveloping just a simple folk s ...more details.

Artist: SOLD OUT- Stelth Ulvang (from The Lumineers)

Doors 7:30/Show 8; All ages. As far back as he can remember, Capricorn Studios was calling blues musician Eddie 9V. As a kid scanning the sleeves of his favorite vinyl records, this fabled facility in Macon, Georgia, was always the secret ingredient, adding a little grit and honey to every song born ...more details.

Doors 8/Show 9; Ages 16+. Dustbowl Revival has always been about pushing the boundaries of what American roots music can be. In many ways, they could have continued creating joyful, booty-shaking songs and cut-to-heart folk-rock ballads that lift up their transcendent live shows - and mining new ene ...more details.

Patrick Dethlefs and Sound Of Honey at Chautauqua Community House

Doors 7:30/Show 8:00; All Ages. Patrick Dethlefs: Innocent of his own haunting melodies and lyricism, Dethlefs’ music offers folk Americana with effortless sincerity at a time when many acts strive purposefully to revive the stripped-down feel of a musical history long past. “Dethlefs finds poetry ...more details.

Seth Walker at The Dairy

Show 7:30pm; All Ages. Seth Walker is often cited as one of the most prolific contemporary Americana artists on the scene today. He’s a multi-dimensional talent who combines a gift for melody and lyric alongside a rich, Gospel-drenched, Southern-inflected voice with a true blue knack for getting aro ...more details.

Doors 7/Show 8; All ages. Since the release of Kingfish, his Grammy-nominated 2019 Alligator Records debut, guitarist, vocalist and songwriter Christone “Kingfish” Ingram has quickly become the defining blues voice of his generation. From his hometown of Clarksdale, Mississippi to stages around the ...more details. 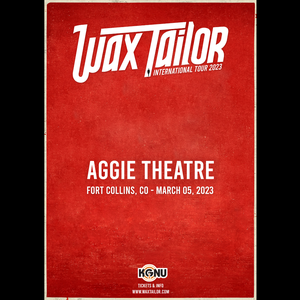 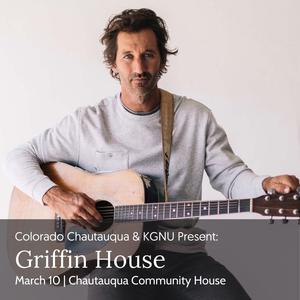 Doors 7:30/Show 8; All Ages. Griffin House’s new record “Stories for a Rainy Day” is a collection of 9 songs written during the pandemic and recorded in just 3 days, and is being described as his most happy and upbeat yet. The opening track “The Mississippi Hippie” was originally written for a feat ...more details. 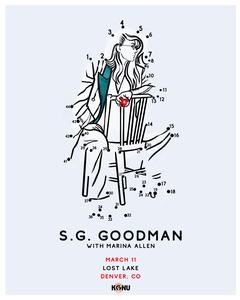 Doors 7:30/Show 8:00; All Ages. Thom Lafond: Thom LaFond’s music is danceable, but with depth in the craft of songwriting Thom’s approach to music is to deliver pure emotion, tangled in rhythms for the dance-floor. Fans of Tom Waits, Andrew Bird, & Elliott Smith may appreciate the sonic and lyrica ...more details. 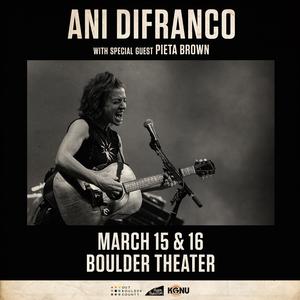 Doors 7/Show 8; All ages. Widely considered a feminist icon, Grammy winner Ani DiFranco is the mother of the DIY movement, being one of the first artists to create her own record label in 1990. While she has been known as the “Little Folksinger,” her music has embraced punk, funk, hip hop, jazz, sou ...more details.

Doors 7/Show 8; All Ages. Widely considered a feminist icon, Grammy winner Ani DiFranco is the mother of the DIY movement, being one of the first artists to create her own record label in 1990. While she has been known as the “Little Folksinger,” her music has embraced punk, funk, hip hop, jazz, so ...more details.

Doors 7:30/ Show 8; All Ages. The blend of Bill & Jilian Nershi’s harmonies and driving acoustic guitar immediately draw in the listener. An inspired journey through different styles and influences, a throwback to the roots of American music, the Nershis have a relaxed way of connecting with the au ...more details.

Show 7:30pm; All Ages. Family is what ties The Pairs together. With soaring harmonies, they share stories of life’s hope, hilarity, and hardship. An honest, unique stage presence and their unbottled chemistry quickly connects them with their audience. Powered by three classically trained vocalists, ...more details.

The Band: A Tribute to Their Legendary Self-Titled Album at Chautauqua Community House

Doors 7:30/Show 8:00; All Ages. In 1969, The Band released their seminal, self-titled album, The Band. Containing such hits as “The Night They Drove Old Dixie Down” and “Up On Cripple Creek”, the album received wide critical acclaim and commercial success, and has endured as a timeless classic. Jo ...more details.

Artist: The Band: A Tribute to Their Legendary Self-Titled Album

Doors 7/show 8; All ages. The latest step for Lady Wray is her new album, released on Brooklyn’s Big Crown records. Called Piece of Me, the record is—on the one hand—a continuation, picking up where Lady Wray and label co-owner/producer Leon Michels left off with Queen Alone. But Piece of Me is als ...more details. 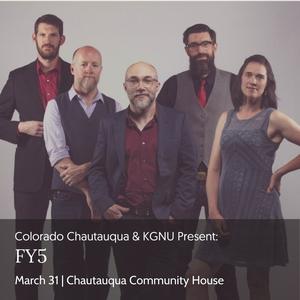 Doors 7:30/Show 8:00; All Ages. Colorado’s FY5 proudly swim in the deep currents of American music, playing new songs, well-informed of country and bluegrass traditions, but not bound to them. Featuring thoughtful arrangements, strong singing and musicianship, the band strives to connect to listene ...more details.

Doors 7/show 8; ages 16+. Raw, soulful, and with plenty of swagger, Town Mountain has earned raves for their hard-driving sound, their in-house songwriting and the honky-tonk edge that permeates their exhilarating live performances, whether in a packed club or at a sold-out festival. The hearty base ...more details. 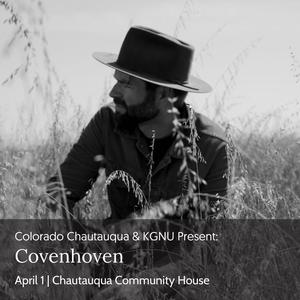 Doors 7:30/Show 8; All Ages. Covenhoven is nationally recognized indie artist Joel Van Horne, a multi-instrumental singer-songwriter whose rich harmonies, reedy baritone and commanding falsetto have found a home with critics and fans since 2013. Through 4 full length albums and 2 EPs Covenhoven has ...more details.

Doors 7:30/Show 8:00; All Ages. For nearly four decades, Laurie Lewis has gathered fans and honors for her powerful and emo- tive voice and her versatile, dynamic songwriting. She is a sought-after recording producer and an equally skilled teacher and mentor. And she is an inspiration and a ground- ...more details.

Doors 7:30/Show 8; All ages. Cole Scheifele is an up-and-coming folk singer/songwriter based out of Denver, Colorado. He combines beautiful melodies with deep and thought-provoking lyrics that he says stem from his never ending hunger to discover more about the human experience. “I don’t think we ev ...more details.

Doors 7:30/Show 8:00; All Ages. Sarah Lee Guthrie’s lineage is undeniable. But if you close your eyes and forget that her last name is synonymous with the river-legacy of a widening current of American folk music, you’d still be drawn to the clarity and soul behind her voice. There is a gentle urge ...more details.

Doors 7:30/Show 8; All Ages. At its heart, bluegrass music is about what happens when you commit to the moment. The joy of improvisation keeps the music fresh, and the fun of crafting ideas on the fly keeps the musicians on their toes. This true spirit of bluegrass infuses the self-titled record fro ...more details.

Donna the Buffalo at Bluebird Theater